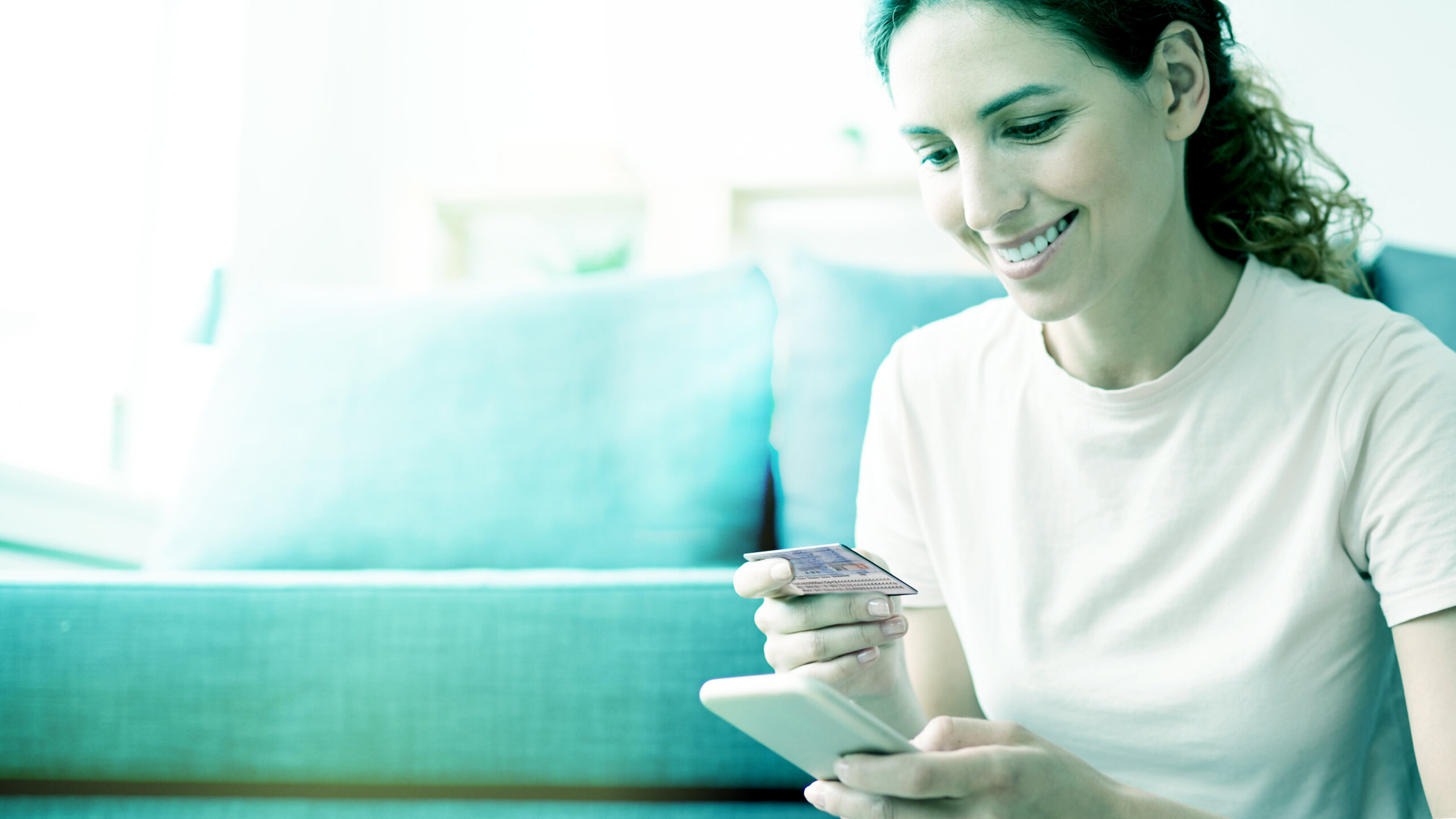 By Franziska AckermannDecember 22, 2022No Comments

Cinnamon is as essential to cinnamon stars as trust is to successful business relationships. At fidentity, we want to make it easier to trust each other. That’s why we’re launching the perfect ingredient for signing contracts at the highest level of trust in the coming year. Find out why our qualified electronic signature is “as simple as a smile” in this newsletter.

Qualified signing – “as simple as a smile” 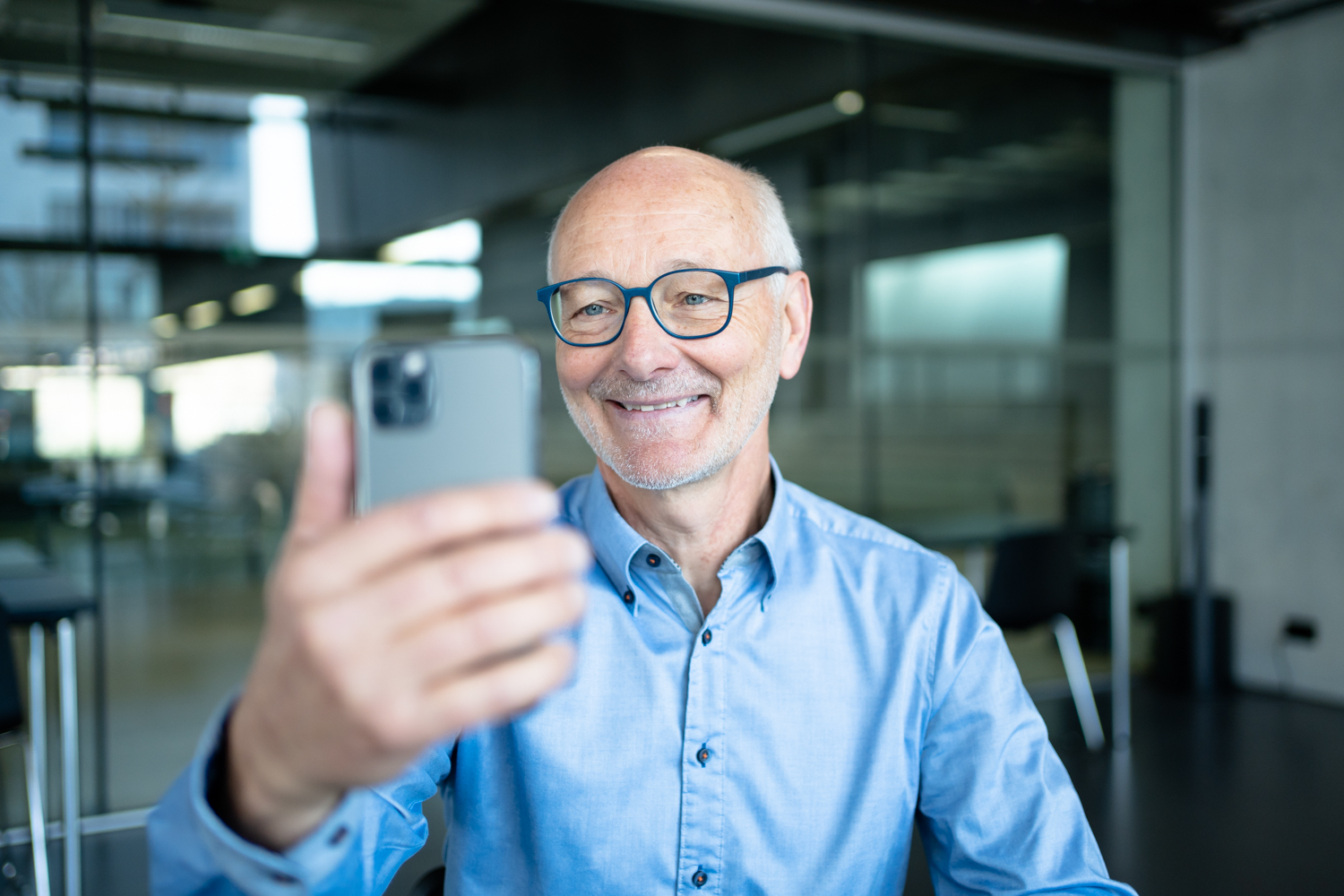 fidentity makes digital signing “as easy as smiling”: It takes less than two minutes to sign legally binding documents, it is completely end2end, and it can be easily integrated into existing business processes.

But who has an overview of which signature standard is necessary for which document? No one wants to make a risk assessment for every contract as to whether a QES is necessary or whether a simple signature would suffice. How easy would it be to have a digital signature that would always meet the “gold” standard? The signer would not have to worry about the legal evidential value? That’s why fidentity is launching QES next year, making digital signing “as simple as a smile”. We combine our fully automated identity verification with the digital signature, so that it will be possible

with the highest evidential value. Why worry when signing is “as simple as a smile”? 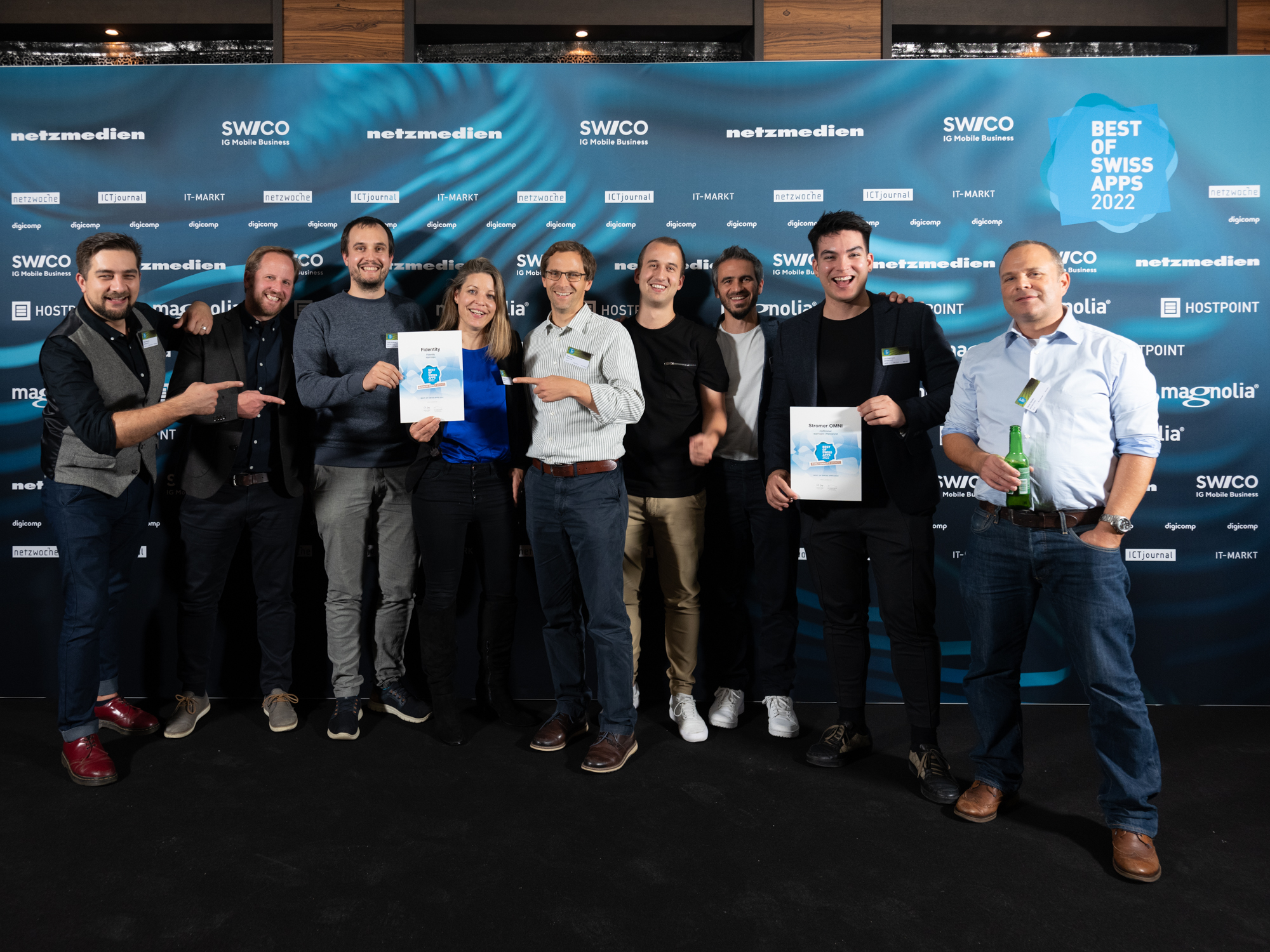 Smiling faces at the Best of Swiss App award ceremony.

An app award for fidentity? What seems contradictory at first glance makes us particularly proud. fidentity’s identification solution is web-based and works without an app. Basically. Because the NFC functionality of smartphones can only be accessed with native apps. That’s why we were looking for a technological solution to integrate the reading of the NFC chip into the existing web flow in a lean way. The reward for the effort: the almost “invisible” fidentity app won an award in the “Business Impact”  at the Best of Swiss App award ceremony. The plus for our customers: They can trust that they have an identification solution “on board” that lowers their onboarding costs and improves conversion rates. 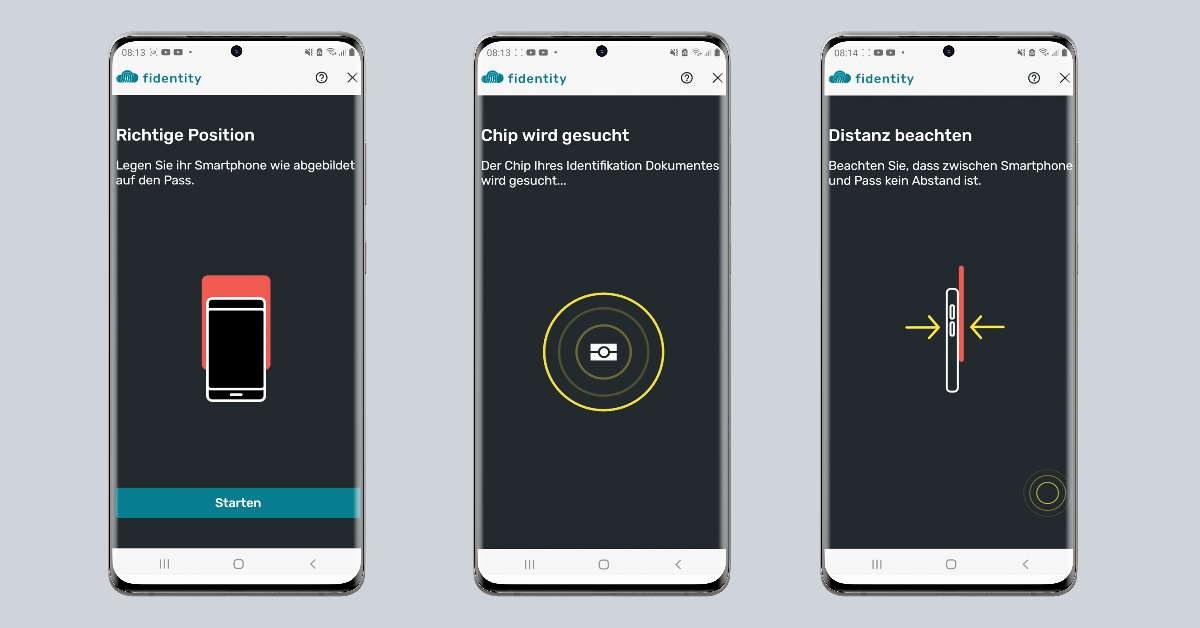 Assistance is given step by step

We know from our regularly conducted usability tests: Good user guidance in digital onboarding is central. After all, not everyone has grown up with the Internet and smartphones. In addition, know-how about new technologies – such as NFC – is only slowly becoming established. That’s why we’ve been working intensively on the user interface with design sensors, experts in UX, over the past few weeks. In addition, students from the Interaction Design program at the Basel School of Design took a critical look at our Liveness module and developed new, creative approaches for improved user guidance. The result: an intuitive online identification solution that is optimized for non-digital users.

Would you like to learn more about the new user interface? Book a demo call now.

Get in touch with us

Would you like to learn more about our services and how we can help you digitize your processes and stay in business?  Call us now.

Or drop us a line here. We will contact you.