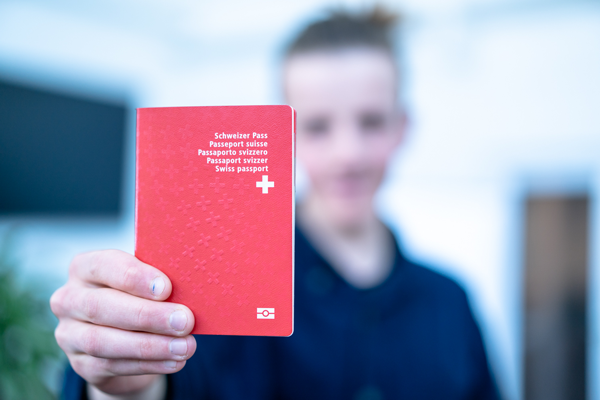 By Franziska AckermannMay 16, 2022No Comments

NFC makes digital onboarding even simpler and more secure. Find out why and what's behind the technology in our blog post.

What is NFC technology?

Near Field Communication (NFC) is not new. The technology has been around since the early 2000s. It is a bidirectional wireless data transfer between two electronic devices. For the data to be exchanged, the two devices must be no more than 10 centimeters apart. That’s why NFC is considered to be particularly secure, since the small distance makes it almost impossible for the data to be intercepted.

NFC in everyday use

Most users are not aware of that: NFC technology is already widely present in everyday life. It is used, for example, in contactless payment with smartphones or credit cards. In addition, NFC technology is also implemented where access and entry control is involved – for example, in hotels, public buildings or at the workplace. Whereas in the beginning a special device was needed to read the data, today almost every smartphone has an NFC reader. 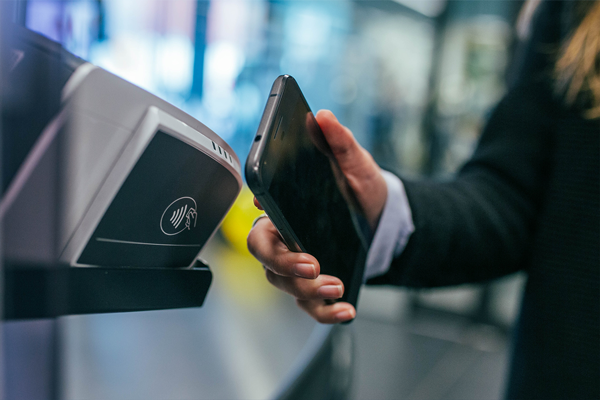 Contactless payment is just one of many use cases in which NFC technology is used today. For the two devices to exchange data, they must be within a distance of 10 centimeters. This is why the technology is considered particularly secure, because hardly any data can be intercepted due to the short distance.

Additionally, NFC is also being used for identity verification. Many ID cards, such as the Swiss passport, contain a NFC-chip that stores key personal data, and also biometric data such as a photo and fingerprints. Such e-travel documents are protected by various security mechanisms. For example, with an NFC reader non-governmental users cannot access biometric data, but can only read the data that is also visible on the document.

With digital onboarding, the data stored on the NFC chip of ID documents can be read. If identification is carried out using an NFC chip, the previously required bank transfer by the customer is no longer necessary.

For NFC technology to be used in digital onboarding, it requires not only a smartphone equipped with an NFC reader and an identity document with an NFC chip. It also needs the appropriate legal basis. The Swiss Financial Market Supervisory Authority FINMA has created this legal basis last year with the update of Circular 2016/07. As of June 1, 2021, the reading of the chip of biometric identification documents is now permitted as a security measure for online identification. At the same time, the previously required bank transfer by the customer is no longer necessary if identification is carried out using an NFC chip.

The legal adjustments were decisive for fidentity to be allowed to integrate the NFC reading functionality into the verification process. This gives customers to identify themselves during onboarding using an electronic passport or other identity document equipped with NFC technology.

Digital onboarding with NFC is for you and your customers…

… even simpler: If the data for identity verification is read using an NFC chip, the bank transfer previously required from the customer during digital onboarding is no longer necessary.

… even more secure: Data stored on the NFC chip is practically impossible to forge. In addition, the reading of the data is guaranteed to be error-free.

The NFC software module is currently in test mode.

For a successful test:

Are you testing our NFC module with an iPhone? Please use the “Safari” browser in normal mode (not “private mode”).

Get in touch with us

Would you like to learn more about our services and how we can help you digitize your processes and stay in business?  Call us now.

Or drop us a line here. We will contact you.